Auditing of companies has become a significant issue in a globalizing world. Auditing is no longer regarded as a matter which can only be subject to domestic law. Independence of auditors, auditing of auditors and preventing auditors to render any other service other than auditing are amongst the hot topics still debated in the European Union (EU). With the entry into force of the Turkish Commercial Code numbered

6102 of 2011 (Code) on 1 July 2012, a salient step was taken for modernizing the auditing system by introducing principles similar to those existing under the EU regulations.

Seeking to set the internationally compatible standards for the preparation and auditing of the financial reports and providing an efficient public oversight; the provisions of the Code are mainly driven by the influence of corporate governance principles on auditing including in particular transparency, equity, accountability and responsibility.

A major change brought about by the Code is the requirement of mandatory independent audit imposed on certain joint stock companies, limited liability companies and corporate groups, as determined by the Council of Ministers (Eligible Entities). In this context, the Decree of the Council of Ministers on Determination of Equity Companies Subject to Independent Auditing numbered 2012/4213 (Decree) is published in the Official Gazette numbered 28537 and dated 23 January 2013.

Designation of Eligible Entities has an additional corollary on the implementation of the Code: starting from 1 July 2013, these entities will be required to set up a website and allocate designated part of it to certain disclosures required under the Code.

This Client Alert aims at presenting a summary discussion of this new audit regime in the light of the newly adopted Decree.

The Code provides a material departure from the repealed Turkish Commercial Code numbered 6762 of 1956 (Repealed Code) by abolishing the long established set of rules defining the statutory auditor/auditors (murakıp/lar) as one of the mandatory bodies of all joint stock and certain limited liability companies.

Although it is a matter of ongoing scholarly debate, the prevailing view is that under the new regime, independent auditors may not be qualified as a statutory body of the Company. More concretely, the independent auditors no longer have quasi-managerial duties and rights, such as calling for general assembly meetings, previously enjoyed by the statutory auditor/s under the Repealed Code.

Under the Repealed Code, the statutory auditors were not required to have any type of expert knowledge. The Code replaces these with qualified and licensed independent auditors, who shall be rendering auditing service as a professional activity.

The Code further includes some detailed provisions in relation to certain matters, absence of which was criticized at the time of the Repealed Code, such as: (i) the object and scope of the auditing; (ii) the regime and manner of the auditing; (iii) necessary qualifications of independent auditors; (iv) appointment of independent auditors; (v) audit report and opinion letter. These new provisions are expected to lay the foundations for an adequate and functioning audit system.

The Decree defines Eligible Entities which will be subject to independent auditing under the Code and pursuant to the Decree-Law on the Organization and Duties of the Public Oversight, Accounting and Auditing Standards Authority numbered 660 (Decree-Law). Pursuant to the Decree, reportedly prepared in accordance with the EU acquis communautaire, the general criteria (which will apply from the start of the financial year of 2013) for being subject to independent audit requirements are as follows:

• net assets of the Eligible Entity must be equal to or above 150 million Turkish Liras;

• net sales revenue of the Eligible Entity must be equal to or above 200 million Turkish Liras;

• the number of employees of the Eligible

Entity must be equal to or above 500.

Companies or corporate groups meeting any two of the above criteria would be subject to independent auditing.

The Decree further sets out additional principles regarding the application of the above mentioned criteria and in order to determine whether or not a company or a corporate group would become subject to independent auditing:

• Subsidiaries and affiliates, if any, shall be taken into consideration, together with the company in cause;

• Where a company or corporate group meets at least two of the above mentioned criteria for two successive financial years, it will be subject to independent auditing, starting from the following financial year;

Notwithstanding the above, companies active in certain business sectors listed in either Schedule I and Schedule II of the Decree (consisting - in essence - of banks and other financial institutions and companies acting in certain fields of activity subject to licensing or special regulatory oversight (publication, energy market etc.) and certain public economic enterprises and their subsidiaries) are also subject to independent auditing. With regard to categories specified under the Schedule II, Eligible Entities must meet certain limits in relation to their net assets, nets sales revenue and number of employees specified separately for each category.

Independent Auditing and Internal Auditing under the Code

Without prejudice to the introduction of independent auditing of Eligible Entities notwithstanding, the Code also requires that an internal auditing system be established. In this respect, the board of directors in joint stock companies and the manager(s) in limited liability companies are required to set up appropriate internal systems with regard to financial auditing of the affairs and transactions of the company concerned.

Within the ambit of financial auditing, the board of directors or the manager(s), as applicable, may further establish ad hoc committees or commissions.

Transitory Provisions on the Effectiveness of the Independent Audit Requirements

The provisions of the Code relating to the independent auditing of the companies have come into effect on 1 January 2013.

Purpose and Scope of the Independent Auditing

The scope of the independent audit would depend on the status of the Eligible Entity concerned, and, would include:

• financial statements of the company;

• board of Directors’/managers’ annual activity report;

• inventory and accounting of the Company;

Unaudited financial statements and board of directors’ annual activity reports of the Eligible Entities which are subject to independent audit are qualified by law as “not issued”, i.e. invalid.

Main provisions of the legal regime applicable to independent audit may be summarized as follows:

The Code differs significantly from the Repealed Code as it requires independent auditors to meet certain qualifications.

Pursuant to the Code only the following persons are eligible to become an independent auditor:

• persons who have obtained license and carrying the title of certified public accountant or sworn accountant according to the Law on Certified Public Accountancy and Sworn Accountancy dated 1 June 1989 and numbered 3568 and who have further been authorised by the Authority to act in such capacity; and/or

• a company with natural person shareholders meeting the above mentioned criteria.

Circumstances conflicting with the principle of independence of the auditors set forth under the Code may be summarised as follows: (i) a partnership/ shareholding relationship between the auditor and the company to be audited; (ii) employer/employee relationship (actual or in the recent past); (iii) other types of indirect professional relations; (iv) economic/income dependence; (v) certain family relationships.

In addition to the above, the Code comprises a rotation requirement. Any person who has been appointed as an auditor in aggregate of seven years within last ten years cannot be elected as an auditor once again before three years pass.

Finally, the auditor is prohibited from rendering any service other than independent audit to the Eligible Entity concerned, with the exception of tax consultancy and tax auditing.

Appointment of the Independent Auditors

The auditor must be appointed for each fiscal year and in any case before the end of relevant fiscal year in which the auditor will perform its service. Any agreement exceeding one year is held to be null and void.

Pursuant to the Code:

• Commercial court of first instance located at the principal place of business is authorised for the appointment if (i) the auditor is not appointed until the fourth month of the fiscal year; (ii) the auditors rejects the task; (iii) the resolution of the general assembly appointing the auditor is cancelled or deemed to be null and void; (iv) the auditor cannot perform its duty due to a legal or any other type of impediment; (v) the auditor is prevented from performing its duties.

Regardless of by whom the independent auditor has been appointed, the board of directors/manager(s) of the Eligible Entity must execute an audit agreement with the auditor. Board of Directors/manager(s) shall then immediately apply to Trade Registry for the registration and announcement of the independent auditor and shall publish such appointment on the company’s web site.

Audit Report and the Opinion Letter of the Auditor

Positive opinion letter is the equivalent of a “clean opinion”, confirming that (i) no contradiction with the TSA has been observed; (ii) the financial statements of the Eligible Entity concerned is accurate truthful and honest.

Limited positive opinion is a qualified opinion and the corporate body of the Eligible Entity will be required to make the necessary corrections/amendments on the financial statements to remedy the issues indicated in the audit report.

Negative opinion letter indicates that financial statements and annual activity report of the Eligible Entity is not in compliance with TSA and the Code and/or financial reporting provisions of the articles of association.

In case the auditor issues a negative opinion letter or a disclaimer of opinion, the general assembly cannot adopt any resolution on the basis of the relevant financial statements. This implies, in view of certain legal scholars, that the general assembly of shareholders may not resolve on the release of directors or distribution of profits.

In this case, by operation of law, the Board of Directors/manager(s) must convene the general assembly for a meeting, within four business days following the issuance and delivery of the opinion letter, for appointment of a new Board of Directors/manager(s). The new Board (which may be designated from amongst the members of the previous Board of Directors, unless the articles of association provides otherwise) will be required to prepare the financial statements in compliance with the TSA, the Code and the articles of association and submit the same for auditing and subsequently, to the general assembly, along with the audit report. 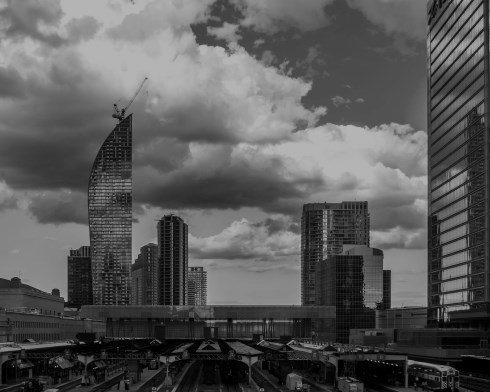