The “social media regulations” which have been a topic of debate for a while have now been enacted by Parliament through the law no. 7253 (“Amending Law”) and was published in the Official Gazette dated 30 July 2020, amending the Law no. 5651 on the Regulation of Broadcasts via the Internet and the Prevention of Crimes Committed Through such Broadcasts (“Internet Law”). The Amending Law sets out various new obligations for social networks and also contains several major revisions on the Internet Law. Below is a summary of these new obligations and amendments.

“Social Network Provider” and its Obligations

Until now, the Internet Law has defined the principal three actors of the internet, namely the content provider, the hosting provider, and the access provider. The Amending Law defines a new actor named “social network provider” as the legal or natural person who facilitates its users to create, view, and share content such as text, image, sound, or location to enable social interaction among them.

Designation of a Representative

Pursuant to the additional article 4 inserted into the Internet Law, social network providers based outside of Turkey and who have more than 1 million daily access to their services from Turkey (“Foreign Social Network Providers”) are now obliged to appoint at least one representative in Turkey. The representative will mainly be responsible for dealing with the communications sent by the authorities and for responding to the applications filed by individuals as per the Internet Law. The representative is required to be a legal person residing in Turkey or a Turkish citizen.

Foreign Social Network Providers who fail to designate and report a representative will be subject to sanctions that gradually become more severe. Accordingly, the Foreign Social Network Providers who have not designated or reported their representatives will first be notified by ICTA to remedy this failure. If they fail to do so, ICTA will respectively apply the following sanctions:

3. If the obligation is still not fulfilled within 30 days following the notification of the second administrative fine, Turkish resident taxpayers will be prohibited from placing new advertisements on the relevant Foreign Social Network Providers.

4. If the obligation is still not fulfilled within 3 months following the decision of the advertisement prohibition, ICTA may apply to the criminal court of peace and request the internet traffic bandwidth of the relevant Foreign Social Network Providers to be throttled by 50%.

5. If the obligation is still not fulfilled within 30 days following the implementation of the judge’s decision, ICTA may file another application before the criminal court of peace for throttling the bandwidth up to 90%.

Every 6 months, Foreign Social Network Providers will provide ICTA with (transparency) reports prepared in Turkish, containing statistical and categorical information on the implementation of the court decisions notified to them to remove content and/or to block access as well as the takedown requests received directly from individuals. Anonymized reports on individuals’ takedown requests will also be published on the social network provider’s website. Social network providers that fail to comply with these obligations will be sanctioned by ICTA with an administrative fine of TRY 10.000.000 (ca. EUR 1,150,000).

Although the Amending Law mostly focuses on the social network providers and removal of content, it also introduces a critical provision concerning personal data protection. Accordingly, Foreign Social Network Providers are now obliged to implement necessary measures to store the data of their Turkish users in Turkey.

Administrative Fines to be Imposed on Social Network Providers

The Amending Law inserted a new paragraph to article 9 of the Internet Law. Accordingly, upon application of individuals whose personal rights have been violated with online content, the judge may order disassociation of the individual’s name with the relevant internet addresses in search engines. In this regard, in addition to being able to apply to content or hosting providers for removal of content, individuals can now also apply for removal of search engine results relating to such content.

Effective Date of the Amendments

The Importance and Connotations of the Amending Law

The Amending Law was enacted amidst heated public controversy and increasing concerns for free speech. However, regulation of social media has long been a controversial issue, not only in Turkey but also over the globe and in many European countries as well. In fact, the recitals of the Amending Law refers to the ongoing and past legislative processes in Germany, France, and the UK and highlight that the common solution to the regulation of social media seems to be establishing strong communication channels with their operators. The recitals then go on to explain that the core purpose of the Amending Law is to establish a clear communication channel with Foreign Social Network Providers.

The Amending Law does not introduce a material change in scope of the Internet Law, which already covered social media operators as hosting providers. However, it considerably increases the administrative and judicial fines for Foreign Social Network Providers and obliges them to open communication channels in Turkey. Therefore, the effect of the Amending Law will be mostly practical. However, the sanctions provided for Foreign Social Network Providers are arguably too harsh at the final levels, as 90% bandwidth throttling will effectively block access to such networks. It remains to be seen whether it will come down to bandwidth throttling but it is clear that the implementation of the Amending Law in practice, particularly by ICTA and criminal courts of peace, will be of utmost importance and should be closely monitored.

Please do not hesitate to contact us at corporate@ersoybilgehan.com for any questions you may have. 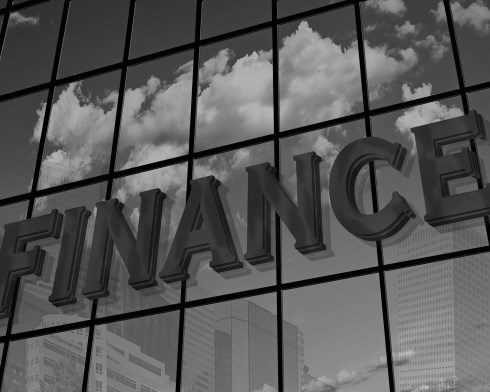 Client Alert: New Amendment to Address Reward-based Crowdfunding and What to Expect