The Turkish Privatisation Administration is planning to (re)start the privatisation process for the National Lottery in the last quarter of 2013. It will be interesting to see how the tender will be structured and whether this time the participants will agree to “raise the pot”.

The preparations for the legal basis of the Turkish National Lottery privatisation first began in 2003, by amending the Legislative Decree (No.320 dated 4.4.1988) establishing the National Lottery and thus allowing gaming licenses to be granted to state or private companies through a tendering process. The relevant provisions were again amended in 2008 and an implementation regulation was published in the same year. The first tender that took place in May 2009 did not yield any results, let alone any actual bids. Now in 2013, having engaged the consultancy services of Pglobal Advisory and Training Services, the Turkish Privatisation Administration (“TPA”) is preparing to renew the tender.

This time the National Lottery Administration (“NLA”) has revised the implementation regulation and published in the Official Gazette on 25th of October 2013. The tender is expected to be announced and bids collected within the next three months following this revision of this Regulation. NLA is also said to be preparing another regulation (or a revision of the Decree) for NLA’s own activities and operations following its privatisation.

Highlights from the amendments in the Regulation

Another difference is in the composition of the joint venture groups: their definition has been amended to include investment funds in addition to real and/or legal persons, however, the revised Regulation requires that there is at least one legal person present in the joint venture group and precludes the option of groups solely composed of investment funds or real persons.

The licensee’s share from the turnover and other income, which used to be maximum 17% and 20% respectively, has now been left to the Decision of the Council of Ministers also. On the other hand, the requirement for the licensee to pay certain percentages out of its marketing (now expanded as advertisement, sponsorship and promotional) expenses to the NLA has been revised in favour of the licensee (by removing the 10% payment requirement from up to 1% of its marketing expenses).

The previous version of the Regulation required the JV shareholder experienced in organising games of chance maintain its shareholding throughout the license period. This requirement has now been revised down to minimum two years starting from the date of operation of the licensee.

At this point it may be helpful to look at the basic structure of the tenders, according to the TPA website and Pglobal article on the subject :

• The license can be granted partially or wholly to a state economic organization established within the framework specified by the Council of Ministers or to joint stock companies established in accordance with the provisions of the Turkish Commercial Code,

• The procedure to grant licenses will be commenced by the Supreme Council of Privatization,

• The valuation and tender procedures with respect to license grants shall be carried out by a Commission of five members, representing the TPA, NLA, the Ministry of Finance and the Undersecretariat of Treasury.

• The Commission will evaluate and determine the licence value by using methods which are accepted by and currently being implemented in international finance and capital markets, as well as by taking into account the current global economic condition. The evaluation results of the Committee shall be approved by the Council of Ministers.

• The bidding process will be conducted in accordance with the negotiation method, described in the Privatisation Law No.4046.

• The results of the tender shall be subject to the approval of the Supreme Council of Privatisation, following which the licence agreement shall be signed by the licensee, the TPA and the NLA.

• The license is not transferrable.

• The Licensee shall pay 3% (three percent) of the monthly proceeds to the NLA throughout the license period.

• If the Licensee is found to have concealed operational revenues or other income, the Licensee shall not be entitled to any share from the concealed part, in addition to the administrative penalties that he may incur.

• The NLA is authorized to audit and monitor the Licensee to ensure that the licensed activities are carried out in accordance with the provisions of the relevant legislation and the license agreement; and to protect public and consumer interest. In case of a breach of agreement, NLA will also be authorized to implement administrative fines and terminate the license.

The license is planned to be granted on a revenue share basis to an operator/licensee. This share is planned as 25% of the annual revenue from lottery sales (after deduction of VAT), and 28% for other revenues. Pglobal points out that any cost of sales and operating expenses such as marketing, sales and administration have to be covered by the 25%. The licensee will be free to determine the payout ratio for each game but the regulation limits the total annual payout ratio to minimum 40% and maximum 59% of the total sales.

In addition to the basic structure summarised above, it may the case that TPA shall also provide for additional conditions in the administrative and technical tender documents to be published in due course; having taken on board the criticisms voiced during the first tender that took place in 2009. At that time, 5 groups had applied for pre-qualification, composed of some of the foremost companies in Turkey and their joint ventures with international firms established in the gaming business: Doğan Holding-Lottomatica S.p.A, Intralot Integrated Lottery Systems and Services JV; OPAPDAF (composed of Doğuş, Alarko and Fina Holdings) JV; Österreichische Lotterien Gesellschaft and Şans Oyunları Yatırım Holding (partnership of Turkcell and Tepe Group companies). However as the time drew near, Doğan-Lottomatica declared that they would not be participating in the tender due to “unfavourable market conditions”, and two others preferred not to submit any proposals before the tender took place on May 07, 2009.

The tender itself was anti-climactic: the starting bidding price was determined at 1 billion 622 million USD by the Tender Commission; with increases to be bid in increments of 3 million USD. At this point, the two remaining groups OPAP-DAF and Şans Oyunları Yatırım Holding (which had previously submitted their own closed bids) decided not to submit any more bids, which technically ended the tender. The tender was subsequently cancelled by the TPA.

While the participants’ view was that the starting price was too high compared to their expectations, the TPA officials declared that it was within the Commission’s discretion to start with a higher price than the bids received, based on their own value calculations. In a press conference a couple of days following the tender, the President of the Privatisation Administration Metin Kilci stated that they were going to plan the second tender to be more competitive, with more bidders involved. Emphasizing the role of the Valuation and Tender Commissions in calculating the tender value and due approval of the Council of Ministers, Mr. Kilci hinted at a possible change in the structure of the tenders, and perhaps a re-evaluation of the hypotheses used in the calculation of the tender value. It remains to be seen whether that will really be the case. 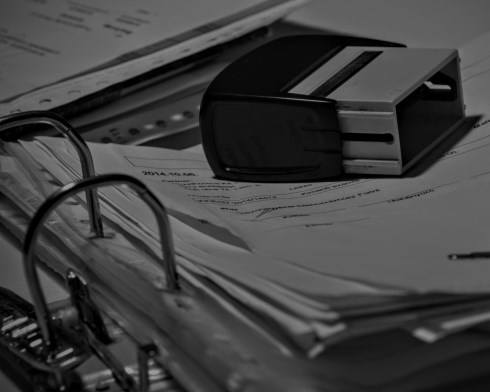