The Regulation on Consumer Loan Agreements was published in the Official Gazette dated May 22, 2015 (“Regulation”). Legal standards applicable to consumer loan agreements (“Agreement”) have been regulated in detail under the Regulation.

However, it is important to note that the Regulation will not be applicable to:

• Overdraft account agreements requiring repayment of the loan within 30 days, and

In summary, the Regulation intends to provide protection to the consumers against their lenders; banks and financial institutions.

In the interest of protecting the consumers, the Regulation provides that lenders shall have the obligation of informing their consumers by means of providing the consumers with information forms with respect to the consumer loan which they will receive prior to the execution of the Agreement. These information forms shall be in at least 12 font and the language used therein shall be clear, simple and readable. In order to be valid, a copy of these forms shall be provided to the consumer in writing or through a permanent data storage unit. Permanent data storage unit has been defined under the Regulation as:

Information forms provided by the lenders shall include all items listed under the Regulation.

It is important to mention that the obligation of the lenders to provide information forms to the consumers is applicable to both fixed term Agreements and Agreements executed for an indefinite period.

The Regulation also provides an exemption to this obligation. In this respect, suppliers or service providers who act as a loan intermediary in its capacity as assistant, are not obliged to provide these information forms to the consumers. This however, does not prejudice the lenders’ obligation to provide such information forms.

If the lender intends to make any amendments to the Agreement executed for an indefinite period other than the contractual interest rate, then such change shall be notified to the consumer in writing or through the permanent data storage unit within 30 days prior to the effective date of such amendments. In this case, the consumer shall have the right to terminate the Agreement if it does not accept such amendment.

The Regulation also includes provisions regarding prepayments, interim payments and events of default which are quite important in terms of the both lenders and consumers.

In this regard, the Regulation provides that consumers can make pre-payment(s) for undue installments or can pay the loan debt entirely or partially before it is due. In such case, lenders are obliged to provide their consumers with the discounts mentioned under the Regulation.

In connection with the paragraph above, the Regulation considers payments of any amounts undue as an interim payment provided that such payment is not less than a single installment amount determined under the payment plan.

If the consumer makes an interim payment, then the lender will collect the (i) contractual interest, (ii) interest over the outstanding principal debt which will be calculated by taking into account the number of days lapsed starting from the previous installment and (iii) taxes, levies and duties to be calculated over the interest mentioned under item (ii). The remaining amount shall be deducted from the principal debt and a new payment plan will be prepared.

The lender shall also have a right to terminate the Agreement by providing a 2 month prior notice in writing or through the permanent data storage unit provided that the Agreement grants a right of termination to the lender.

Prior to the Regulation, lenders were requiring the consumers to obtain insurances against death, injury and other events which may endanger repayment of the loan.

However, with the passing of the Regulation, lenders are prohibited from requesting their consumers to obtain insurance cover in relation to the loan without the explicit request of the consumer submitted in writing or through the permanent data storage unit. In case the consumer decides to obtain an insurance policy, then the lenders must accept the cover provided by the insurance company chosen by the consumer.

Another important provision introduced under the Regulation is in relation to sureties provided by both consumers and lenders. The Regulation states that all personal guarantees obtained as security for the performance of the consumer’s obligations under the Agreement shall be considered as an ordinary guarantee.

Finally, the Regulation will enter into force on November 22, 2015 which should give enough time to the lenders to amend the legal form of their existing Agreements in compliance with the Regulation. 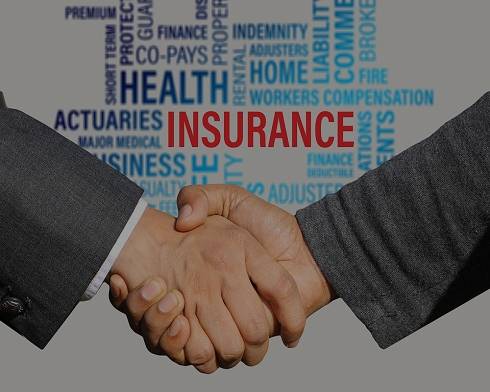