The amendments to the annex to the Convention on Facilitation of International Maritime Traffic (“The Convention”) were recently ratified by the Council of Ministers and entered into force on 19.03.2018 after being published in the Official Gazette. "/>

THE RECENT LEGISLATION ON STOWAWAYS: IS THIS A PRECURSOR TO THE UPCOMING CHANGES IN PRACTICE IN TURKEY?

The amendments to the annex to the Convention on Facilitation of International Maritime Traffic (“The Convention”) were recently ratified by the Council of Ministers and entered into force on 19.03.2018 after being published in the Official Gazette. Turkey has been a party to the initial text of the Convention since 13.03.2016 but did not adopt until quite recently the 2002, 2005, 2009 and 2016 amendments to the annex which brought important regulations on what may be the dilemma of the decade for the shipping industry, namely stowaways.

Turkey lacked to the point legislation on repatriation/return of stowaways arriving at and sailing from the ports of Turkey and this loophole was mainly filled with the practice established by the Turkish Public Authorities. Hopefully, the adoption of amendments will shed further light on this issue and secure consistency on the procedure applicable to stowaway cases.

It would be suitable to examine briefly the approach taken by the Turkish Public Authorities by distinguishing the era prior to 2016 from the era subsequent to 2016 when the number of stowaway cases increased exponentially due to the turmoil in Syria.

The local marine police forces are the authorities to initially intervene when stowaways are reported. They comply with the decisions rendered by the General Directorate of Immigration as to the acceptance or rejection of stowaways’ disembarkation in Turkish ports and their repatriation. Generally speaking, the authorities were lenient towards stowaway cases prior to 2016 and consented to stowaways setting foot on Turkish soil and being repatriated, provided that all the expenses to arise from the repatriation/return of the stowaway(s) were borne by the vessel interests and the vessel interests accepted to provide the authorities with sufficient security, if requested. It was also a general practice not to impose fines on the Owners of the vessels which were embarked by stowaway(s) in Turkish ports.

However, information from local marine police forces is that the favourable approach adopted by the Turkish authorities and the sympathy felt for the predicament faced by the vessel interests has been exploited. The local authorities purport that numerous vessels experiencing stowaway-related difficulties deviated their routes to Turkish ports considering the comparatively easy nature of repatriation of stowaways from Turkey and lack of fines imposed on the vessel interests. This, allegedly, was another reason behind the change of practice described below alongside with the increase in the number of stowaways.

The lenient stance taken by the Turkish Public Authorities left its place to a much stricter application, reportedly as a result of a communique issued by the General Directorate of Immigration -which is not publicly available but circulated internally within the local marine police forces- following the climax reached in 2016 in the number of stowaway cases due to civil unrest in Syria. For the past two years, the requests filed by vessel interests for disembarkation and return of stowaways are generally being dismissed by the General Directorate of Immigration on the basis of this communique, unless the stowaway is a Turkish national or it is proven that the stowaway embarked the vessel at a Turkish port.

As for the standard of proof sought by the local authorities, the vessel interests are often asked to establish the stowaway’s embarkation through video records. We have come across cases where the existence of an entry record to and the absence of an exit record from Turkey in a stowaway’s passport was not found sufficient, which evidently might be construed as being a drastic measure.

What to expect following the entry into force of the amendments?

The amendments to the Convention that are now applicable in Turkey include significant criteria relating to the repatriation/return of stowaways.

As per the current text of the annex, the public authorities located in a stowaway-carrying vessel’s scheduled ports of call are bound to allow disembarkation of the stowaway(s) on condition that they are satisfied that the Owner will:

(ii) Make timely arrangements for repatriation of the stowaway,

(iii) Fulfill all the requisites for transit.

In light of this, it should from now on be possible to argue that Turkish local marine police forces and the General Directorate of Immigration are obligated to allow disembarkation and transit passage of stowaway(s), under circumstances where the Owner or its P&I Club undertake the above prerequisites by providing the authorities with a letter of undertaking to that end, should Turkey be the next port of call of a vessel embarked by (a) stowaway(s).

However, the criteria set in the Convention is unfortunately vague and appears to allow room for the public authorities to argue that they are not “satisfied” with the assurances provided by the vessel interests that the aforementioned preconditions will be fulfilled. The authorities may therefore be inclined to postpone or reject disembarkation, benefiting from this room to maneuver bestowed by the text of the Convention.

As for the return of stowaways to the ports of embarkation, the Convention stipulates that public authorities shall accept disembarkation of the same when it has been established to their satisfaction that the stowaway(s) has embarked the vessel in a port in their state. This appears to be already in line with the current standard practice in Turkey described above.

The contemporary practice in Turkey appears to be bound to change in view of the entry into force of the rules foreseen under the annex to the Convention. It is hard to claim that the harsh practice adopted by the Turkish authorities regarding the dilemma of stowaways are in harmony with the criteria described above. The enactment of the rules included in the Convention on stowaways hopefully is a step towards bringing leniency to the strict approach embraced by the General Directorate of Immigration. Nevertheless, it seems that only time will tell what the end result will be and how the application will be shaped, as it often has been. 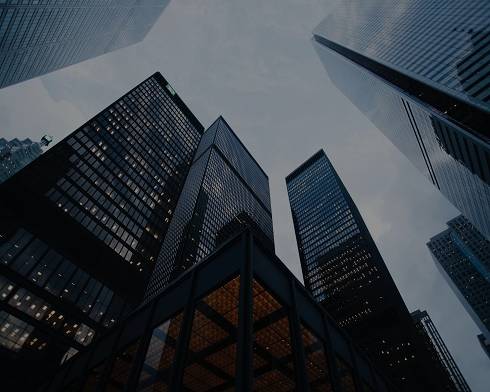