The Turkish Parliament has ratified the omnibus bill numbered 7061 which includes a crucial amendment (“Amendment”) to the Turkish Ports Act (“Act”) and entrusts Harbour Masters with broad powers vis-à-vis all those who are interested in unattended, abandoned or inactive vessels (hereinafter jointly referred to as “Inactive Vessels”) and wrecks within the legal areas of Turkish ports. The amendment entered into force on 5 December 2017 after being published in the Official Gazette.

We had explained in our client alert dated 4 May 2017 the circumstances under which a Harbour Master may apply to the Enforcement Courts for the sale of Inactive Vessels. The government has taken it further and with this amendment introduced even stricter measures applicable to Inactive Vessels.

The position prior to the Amendment

On the other hand, the situations where a vessel is not a wreck but poses a threat to the safety of navigation were addressed by the Regulation. This procedure was explained earlier in our client alert dated 4 May 2017 as follows:

Furthermore, Harbour Masters were bestowed with the duty to sell an Inactive Vessel impeding the safety of navigation on condition that the vessel was detained pursuant to an arrest or attachment order.

Changes introduced by the amendment

The amended version of the Act now consolidates the separate provisions explained above for wrecks and Inactive Vessels under its Article 7. Pursuant to the amendment, Inactive Vessels and wrecks within the legal area of a port posing a threat to the safety of navigation are now to be removed from their position and relocated by the vessel interests within a period (not exceeding 45 days) (“Period”) to be determined by the Harbour Master. The Period is to be notified to the Master, Owner and the consulate of the vessel’s flag state. The Harbour Master may extend the Period for a maximum term of 45 days on the application/objection of the vessel interests.

The most noticeable change introduced by the Amendment appears to be the power granted to Harbour Masters in relation to measures applicable to Inactive Vessels. The measures that were previously applicable to wrecks within the legal areas of Turkish ports are now applicable to Inactive Vessels regardless of the existence of an arrest order, attachment or detention on another basis. An amendment to the Regulation with a view to elaborating further the framework of Article 7 and eliminating the potential discrepancies between the new Article 7 and the Regulation is to be expected, thus bringing the Regulation into harmony with the provisions of the Act.

Another feature of the powers bestowed on Harbour Masters that is bound to raise controversy is that Harbour Masters are no longer under a duty to perform an on board inspection over Inactive Vessels before ordering her removal and/or sale. Harbour Masters are henceforth entitled to sell or destroy Inactive Vessels provided that the vessel interests cannot be reached or do not comply with the notice issued by the Harbour Master’s Office. Further, they may take all other necessary precautions at their sole discretion such as the removal of cargo and bunkers without awaiting the lapse of the time granted (or to be granted) to the vessel interests.

Thirdly, the sale procedure of vessels that threaten the safety of navigation at ports will now be conducted by the Harbour Master instead of the Revenue Departments or Enforcement Courts.

Last but not least, previously, an appeal against a decision of an Enforcement Court ordering the sale of an Inactive Vessel would stay the enforcement of that decision. However, the amended Article 7 now provides that objections to be raised before judicial or administrative authorities against decisions of Harbour Masters relating to the sale of Inactive Vessels shall not stay the sale procedure.

While the vast powers vested to Harbour Masters and the remedies foreseen under the new Article 7 may be perceived from the perspective of owners as being draconian, it addresses concerns that have long been expressed by major actors in the Turkish shipping industry regarding Inactive Vessels. Although drastic, the deterring measures introduced by the Amendment might prove to be effective in decreasing the number of Inactive Vessels in the vicinity of Turkish ports, thus decreasing the risks of pollution and collision they create. 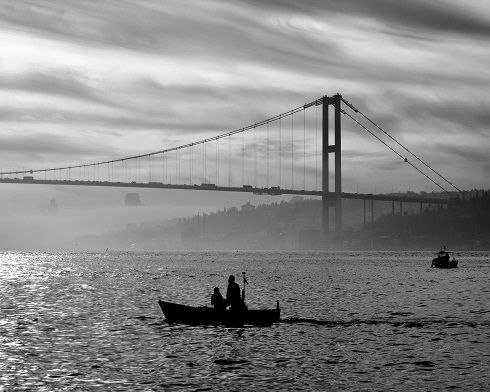